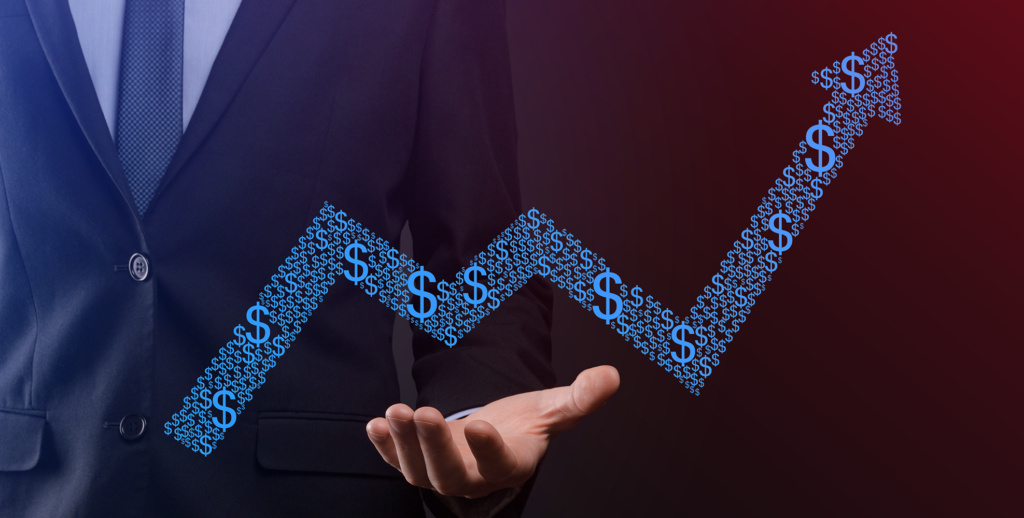 In 2020, only 33% of Italians actively participated in the financial markets. The remainder, whether due to a lack of investment planning, a lack of confidence and a low level of financial knowledge, were content to keep their savings in current accounts, deposit accounts and monetary investments.

Italians tend to invest little. They prefer not to invest to avoid any risk. Translated: “I don’t invest my savings, so I’ll give up the return but at least I’ll zero the risk”.

However, their reasoning is flawed for the following reasons:

Most Italians do not know or underestimate compounding of interest. Einstein called it the greatest mathematical discovery of all time and the eighth wonder of the world.

Obviously, the higher the interest and the longer the time period, the more visible the effect of compounding is.

Below, we will see a simulation of the return of a 100,000€ asset invested for 30 years with an average return of 5% in the 2 regimes. This simulation is useful to understand the potential of compounding capitalization.

Over the past 50 years, financial markets have rewarded investors.

For the saver it is fundamental to protect his purchasing power, for this reason it is advisable to reason on the real yield, given by the nominal yield minus inflation.

Well, even if we remove the erosive effect of inflation from the returns, over the last 50 years, world equities have, on average, returned 5.5% per year, while a basket of world bonds has returned 4.8% per year (Figure 4).

We can therefore affirm that, to date, the financial markets over medium to long term time horizons have amply rewarded the risk of investment.

Those who have invested in the financial markets have not only protected their purchasing power but have also constantly increased it.

Please confirm deletion. There is no undo!